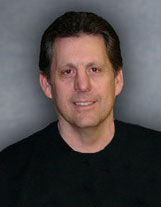 Steve Acheson is an Application Engineer in the Building Automation group. He recently shared some insights on his tenure with us.

Unlike a lot of people who have been with Yaskawa for a while, this is the only position I've ever held here.  Cory Lemerande, who originally hired me almost 19 years ago, and has since gone on to greatness, was also my first boss.

After high school, I spent four years in the U.S. Navy as an aircraft mechanic. I then attended Purdue University, earning a degree in mechanical engineering.  Since then, I've kicked around at a number of different jobs, mostly in technical sales and marketing, in a number of locations.

In February, 1990, I was living in Chicago, and met my (future) wife on a plane from Dallas to Chicago.  Since she lived in Milwaukee, we carried on a long distance relationship for a couple of years.  After proposing to her in a Cessna 172 that I was piloting, we got married.  We've now been married for 26 years, and have two terrific, grown children. My daughter lives in Madison, and my son, who recently graduated from college, just moved to Nashville.

In 1988, I earned my pilot license.  Since then, I've accumulated about 250 hours.  Unfortunately, I'm no longer current, although I've been thinking, lately, about getting back into flying.

A former drummer who later switched to guitar, I've been in several bands, including a classic rock band that I founded, and managed to hold together for about 7 years, playing around the local Milwaukee area.
An amateur woodworker with a well-equipped basement workshop, I enjoy puttering around, building projects and doing home repairs.

It may have taken me a while in my career, but I finally found my niche with Yaskawa.  Although it's a good-sized company, it doesn't feel like a "big" company.  Yaskawa is a great place to work and I look forward to continuing to work with our distributors and regional people.