50 Years Later It's the People that Stand Out the Most

Looking back on a 50-year career working at nine different companies, including nearly the last seven years at Yaskawa, Larry Gardner said the one thing that will stand out the most is how great the people were.

“There were always two things that make a job fun. One was to always be learning new stuff. That drives me. I’m a curious guy, so my job has to fill that need,” Larry said. “But the bigger reason was to work with great people. I’ve always been fortunate to work with intelligent, friendly, caring people. And there’s certainly no shortage of that at Yaskawa.” 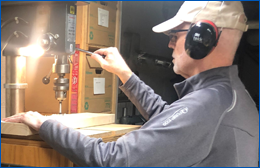 Taking the job as a product marketing manager at Yaskawa in 2015 was an interesting decision for Larry for a couple of reasons.

“First of all, although I had a wide range of experience in product management and marketing management, I had zero experience with drives. I was always a factory automation guy. I was into things like operator interfaces and PLCs,” he said. “My attitude has always been that product knowledge can be gained. So, I quickly set that concern aside.”

“Another consideration was also looking at where I would work to the end of my career. I said that I would give Yaskawa five years. Well, that quickly became six and a half.”

Gardner started out at Yaskawa as the Z1000 product manager before adding responsibility for the HV600 development and release.

“There’s a whole bunch of stuff involved in a release. It’s a fun challenge,” he said. “There’s the interaction with the engineers on product development, collaborating with YEC on specifications. Many, many meetings on teams and in-person. Who knows how many emails?”

“Then there’s all the sales and marketing support. Developing collateral and presentations, producing and conducting webinars. It was a great challenge, and when there wasn’t any comprehensive checklist for all that needed to be done for a release, I put one together for my use and others to follow.”

While the HV600 release was a rewarding challenge for Larry, he also takes pride in his role in helping product managers learn from each other and become better communicators both inside and outside the organization.

“At one point, we recognized that while we were doing great work, we were doing it in silos,” he said. “So, we came up with the idea to have product manager meetings that were basically think tanks. We shared our project work, discussed challenges and reported on progress. It was very collaborative and productive.”

“It quickly became a bi-weekly forum over the last four years for learning from each other’s work, while providing each other support. It was also a great motivator to push projects, as we all knew we’d be reporting our progress to the group at the next meeting. Nothing pushes you like knowing that next meeting is coming up.”

In five decades, Larry’s career took him and his family from Chicago to Columbus, Ohio to Milwaukee. He worked at Westinghouse Electric Corporation, Eaton IDT, Rockwell Automation, Johnson Controls, QuadTech, ABB and Yaskawa. He also has owned and operated Oakwood Associates for over 18 years.

After all those cities, jobs and challenges, he says he is ready to turn the page.

“Working from home the last two years has given me something of a transition,” he said. “I was able to get a glimpse of what life would be like after work. Marily (Larry’s wife) also got to see what it’s like to be together all the time. That can go one of two ways you know! For us, we’ve become even closer.” 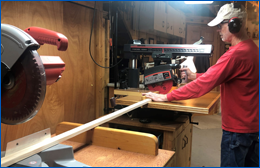 It will be interesting to see how Larry writes the next chapter in his life.

“Marily likes to travel, and I want to stay home. So, we’re planning trips,” Gardner said with a smile. “I’ve also built a pretty nice woodshop at home, collecting a lot of tools over the years. So, I’m thinking I’ll be making a lot of furniture and crafting whatever art design comes to mind.”

“It will be great just to be outdoors more. Take my time thinking about what’s next. Just relaxing a bit more -- maybe.”